We are glad to share the article written by our Partner –  Dave Bell, the Co-Founder and Chief Executive Officer of Gummicube. In this role, Dave is responsible for overseeing the business strategy for the company, driving growth and market development. Dave is a pioneer of the mobile entertainment industry with more than 15 years of experience publishing, marketing and distributing mobile applications and games across carrier, direct to consumer and app store channels.

Perhaps you’re here because your mobile app doesn’t rank in the top 50 for keywords that are core to its functionality and you can’t figure out why. Or maybe you have a great app idea but are unsure how to market it.

Almost every developer in the mobile arena is familiar with the feeling of working hard for months or even years to create a stellar app, only to wonder why it’s not receiving many downloads. The truth is, it probably has nothing to do with the app itself. In most cases, minimal downloads can be attributed to lack of visibility.

What many new developers don’t realize is that increasing a mobile app’s visibility is just as important as designing the app itself. If an App Store Optimization (ASO) strategy is implemented correctly, even as early as the time of its conception, then the app has a higher chance at achieving success and prosperity.

ASO is a strategy for optimizing an app to increase rankings and visibility within the app stores. There are a number of ways that developers can ensure they are implementing a strong ASO strategy to start seeing an increase in downloads.

Keywords are absolutely essential for an app to increase its visibility. Before you start picking keywords, it’s important that you do your research. Take a step back and consider what your users’ needs are and what they will be searching for in the Apple Store and Google Play Store. While it might be difficult to stray from keywords that you think are core to your app, they are only as relevant as the users who search for them.

For Apple, your keyword bank is limited to 100 characters, so every keyword must be relevant and chosen wisely. Google Play does not have a limitation on keywords, but that doesn’t mean developers should try and target every keyword known to man. There must still be a clear strategy in place to rank for keywords that mirror what your target audience is searching for, as well as what is relevant to your app. Keywords are fundamental in constructing strong metadata.

Update metadata, then update it again (within reason). In addition to keywords, an app’s metadata consists of the title, subtitle (iOS), promotional text (iOS), short description (Google Play) and a long description. When developers decide on their target keywords, they should be incorporated into the app’s metadata in order to start indexing for them.

The title is perhaps one of the most important pieces of metadata a developer has to work with. It will be the first written portion of the app that a user will see, so it must be concise, relevant and describe the app’s functionality in a small space. It must also incorporate keywords, as the title is a prime area for indexation. Other metadata, like subtitles and descriptions, must act as supplementary descriptors to the title and target keywords.

It might take some trial and error, but developers must allow at least 2-3 weeks to see true results before updating metadata again. If they see that keywords are not indexing the way they would like them to, it might mean they need to re-target certain keywords in their description or experiment with a different strategy.

Once your app has gained visibility you have to worry about actually locking in the downloads. Creatives will be your app’s secret weapon when it comes to conversion. Ranking for keywords may bring users to your app, but creatives will draw them in.

Creatives, such as icons, screenshots, feature graphics (Google Play) and preview videos will set your app apart from other competitors in the same category.

When a user is browsing, they will only spend 3-5 seconds considering an app, so it is important that creatives are unique and eye-catching. They will be the first thing that will catch a potential user’s attention. Whatever type of app you have, make sure to keep up to date on current trends in order to stay ahead of the game and keep users intrigued.

4. Consider Marketing Outside of the App Stores

There are over 3 million apps in the App Store and Google Play Store. The motto “if we make it, users will come” is no longer applicable in the mobile app space. This is why setting a budget aside for marketing outside of the app store is something developers should consider.

Invest in marketing strategies through social media channels and content marketing. Consider reaching out to the press, review sites or thought leadership blogs to generate buzz around your app to drive traffic and increase downloads. This way, you’ll be able to reach potential users even if they’re not browsing on the App Store.

Even the greatest mobile apps need a strategy to drive traffic and increase visibility. By following best ASO practices, app developers can ensure that they see an increase in visibility by optimizing metadata, presenting eye-catching creatives and using proven marketing strategies. 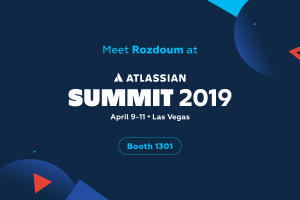 Innovate with Rozdoum at Atlassian Summit 2019 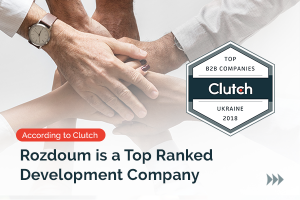 Rozdoum Is Top Ranked B2B Service Provider According to Clutch 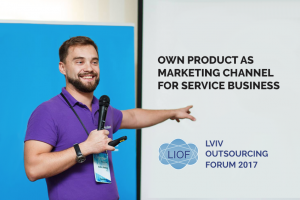