Rozdoumites have proved the reputation of an open-minded and innovative team. Our mobile Android developer, Alexey, has joined the 12-th DEV Challenge, a Ukrainian Competition of minds, skills, and knowledge for developers.

This year the championship covers five directions: Backend, Frontend, Design, Mobile, and QA. Each direction offers two formats of participation: Standard and Pro. The competition consists of the qualification, two online rounds, and offline real-time final challenge. Participants that did not pass each stage leave the championship.

A journey of a thousand miles begins with a single step. Alexey’s road started with the chat message from a teammate sharing information about the event. His interest was to evaluate his level as a developer, to test skills and knowledge in an independent environment. Alexey selected a free standard format, and his roadmap at DEV Challenge started with the qualification.

At that stage, Alexey was supposed to answer ten questions. Instead of expected, ordinary, and boring questions that job interviewers usually ask, DEV Challenge surprised him by providing engaging lessons. Alexey did not know all the answers, so he did his best to learn them. His efforts were rewarded. He got nine correct responses from ten and successfully passed the qualification.

The championship offered a real practical development project as a task for each online round. When Alexey received requirements for the first round, the task seemed to be more difficult than he expected. It was a challenge. Alexey started his research on possible approaches, strategies, and technologies for the solution. The fact that one more Rozdoumite, a mobile iOS developer, addressed the same challenge added more thrill to the competition. It was out if his sight when Alexey actually got involved into the championship. Looking for the best solution, he learned one more technique and changed the initial plan. What Alexey personally liked the most, was the UI part, selection of matching colors and fancy-looking screens. As a result, he offered a refined MVP with minimal functionality, but a scalable logic, easy to extend. The judges appraise his solution as one of top ten results among other competitors. This was a turning moment because Alexey achieved his main aim. He got the independent evaluation and appreciation of his expertise.

Despite the fact that his initial goal was achieved, Alexey got the support and inspiration from the team leader, his team, family, and he proceeded. The task was exciting again. The research stage on strategy and tactics was even longer than with the first round. But the development stage was quicker. The most challenging part was to choose an approach. On the one hand, he might decide to customize a ready third-party module, on the other, to develop these parts himself. His application was an elegant, music-inspired solution that entered top three results. So he passed to the final offline contest of DEV Challenge along with other 101 participants.

The last offline contest will be held this weekend June, 23-24, in Kyiv, and will end with the Big Meetup. Alexey considers his participation as extremely motivating and engaging. He learned at least some new technologies and got inspiration to boost self-learning activities further. The final contest will be one more fascinating tasks to perform, while the Big Meetup is supposed to be a networking activity.

All our team at Rozdoum, are proud of Alexey’s achievements. We wish him good luck and inspiration for the final contest of DEV Challenge. He faced the challenge and made more steps on his road of personal growth. He is already a winner for us and an excellent example to follow. Rozdoumites never stop improving skills, gaining new knowledge, and building pain-solving applications about which you can learn more here. 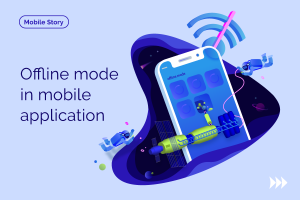 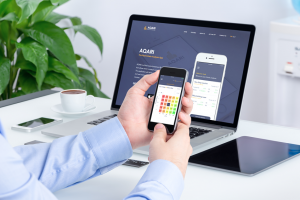 How a Real Estate Consultancy Company Can Mobilize Its Work